What Is Zorb Ball ?

What Is Zorb Ball ? 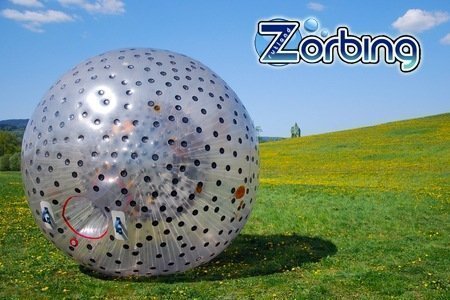 The rider from slight slope, straight and flat lawn tumbling down. Such as the midway in the upper roll that more stimulus! Now, in the rolling track Zorb Ball has from its birthplace in New Zealand pasture to Chinese, and extended to Australia, England, Sweden, Norway, American, Japan more than 20 countries and regions.
Generally speaking, Zorb Ball is set in the suburb of big holiday, where open terrain, lush vegetation, and undulating terrain, very suitable for the sport. Of course, you say it is a thrilling entertainment can also, because many large entertainment and amusement park project, Zorb Ball less mechanical control, complete with its own rotational tumbling to move forward, so dizzy and weightlessness feeling will be very strong, if you like that kind of heart feeling, don’t miss this project, because it brings stimulation will not disappoint you. Zorb Ball, the beautiful PVC transparent ball great with irresistible charm, it consists of a diameter of three meters of the outer sphere and a diameter of more than two meters inside the ball, gas filled with two goals, and by thousands of nylon rope connected. Riding by entrance into the inner ball, can a person to ride, but also can double the ride. Ball is provided with a safety belt, bags and shoes bag etc.!